Pure Sound to Grow With You 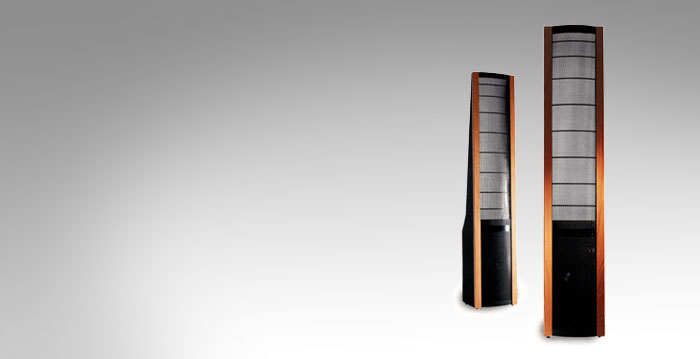 Fill your home with harmonic purity.

Beyond our vigilant attention to aesthetic design. Beyond our unswerving commitment to technology that fills your home with harmonic purity, lies the concept of limitlesss horizons. Now you have the freedom to move from the ordinary to the sublime. The Sequel II is designed to reveal everything your present and future amplification systems can deliver. Pure sound that grows as you grow. Bon voyage.

Stunning after all these years
I remember listening to the Monolith and Sequel while still in high school and fell in love with the sound. The Sequel II has been my primary loudspeaker since the mid-1990s and even though I also own B&W 801s, NHT 3.3s, and have owned numerous models of Acoustat, Celestion, Magnepan and others, when I want to listen to something that gives me goosebumps, it's the Sequel II. I currently run it with a Sunfire 300 Signature (300/600/1200/2400w), and with all that power, I've never overdriven the Sequels, even at live symphonic sound intensity levels.

Stunning after all these years
I remember listening to the Monolith and Sequel while still in high school and fell in love with the sound. The Sequel II has been my primary loudspeaker since the mid-1990s and even though I also own B&W 801s, NHT 3.3s, and have owned numerous models of Acoustat, Celestion, Magnepan and others, when I want to listen to something that gives me goosebumps, it's the Sequel II. I currently run it with a Sunfire 300 Signature (300/600/1200/2400w), and with all that power, I've never overdriven the Sequels, even at live symphonic sound intensity levels.

Best bang for the buck
First of all. The specs are true and it really does reach 28 hz. I don,t need to increase the bass or treble and they sound just as good. A sunfire amplifier 325 watt is perfect. Driven by nakamich av10 harmonic time alignment receiver. Although the off axis response is not that great i feel if placed properly the back reflections can be used to increase it with a highly reflective wall. The bass is tight and for a 10 inch acoustic suspension woofer to go down to 28 hz sealed enclosure, thats a quite an achivement. Bought them used 2004 thus they are now 10 years older and still good. God bless Martin Logan for 200 years.

SEQUEL II
Hi I have owned this speaker for 17 years and it sounds as good as it did 17 years ago.. I love guitar works it is just heaven and instumentals.. The only thing is that rock n roll needs more punch in the bass department... Not sure if adding a sub would help or just looking for another speaker for the rock music... Anyways this is still a great sounding system with the Bryston 4B st amp the BP 25 preamp,and the Sumo cd player Cheers Alan Brunelle PS I rated the Sequel 11 a 4 because of the lack of bass for rock music

A long time love
I've owned my ML SQ2 for well over 15 years. They are still the best sounding speakers I've ever heard. The power amp that used to run them has failed on me and needs repaired, but it's running on the internal amps of the receiver and still sound great. It doesn't as good without the main power amp,but still gets the job done. I also can't crank them up the same, as they shut the internal amps down. Most people that I demo them for are amazed at the sound and imaging they reproduce. People can say that those little satellite speakers sound amazing all they want, but if you have to hear every element of every song, there's no comparison to the purity of the electrostatic speakers. I can't say how much I love these things!!!!!

Best loud speakers I ever purchased
I had moved up from polk 10's to the Sequel 2's because it was the clearist, and cleanist sound I had heard... the price was hefty but for the musical delivery they produced it was well worth it. Only after 20 years have I developed a slight problem and hope there is a cure... I have been powering these beauties with a pair of B & K mono blocks with a bi - wire hookup leaving awesome bass and the mids to highs filling the room...

Magic
Looking for a new speaker to replace my old KEFs, I ran into a pair of very reasonably priced second hand Sequel IIs. I never imagined I could afford electrostatics, but there they were! During a quick listening session, I immediately fell in love with the transparent wall of sound. I've owned them for five years, visited many audio shows and never found anything that was significantly better, even when I had much more to spend. Until I heard a pair of properly tuned Summits.... My summary on the Sequel II: + True electrostatic transparency, music fills the room + HEIGHT of the sound + stereo imaging (who needs surround sound when stereo sounds that good!!) + Price -very affordable - Critical to good placement and electronics - Bass blurred compared to Summit

Sequel ll great for stereo fantastic for front channel surround
WOW is all I can say...I called ML asked if I could use my ML SQ2 for fronts for my surround they said hell yeah w/o the hell...so I thought I would try and well I'll never look back now movies are thunderous and the room is FULL with sound like never before...and I haven't even hooked up the rears yet...