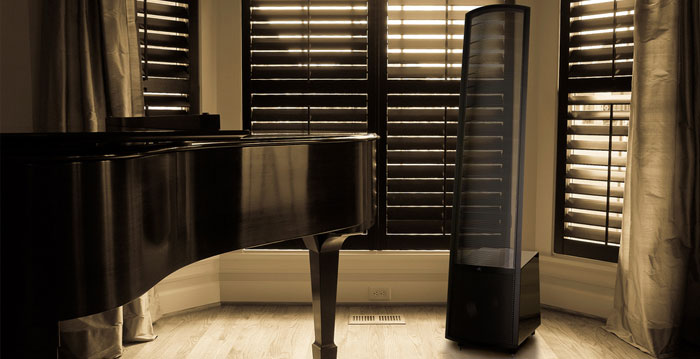 "The bass flows into the midrange and vice versa as if you are listening to one drive unit, not two different technologies. In fairness to MartinLogan, the company nailed this some time ago, especially with the Summit X, but this brings that fluidity across the bandwidth to the Montis level, and if you know how difficult that is, you also know how much respect it deserves. There wasn’t a single plot hole here; the bass is fast enough to keep pace with the panel and when correctly dialed for the room, the sound is seamless.” "

"Without a doubt, the MartinLogan Montis is one of the most accurate and revealing loudspeakers I have ever heard in 21 years of reviewing audio gear. The stereo image, low-level detail, sonic info spread across the soundstage is absolutely jaw dropping on 24-bit or DSD high-resolution audio. With the combination of the digital crossover and an ultra-fast woofer, the bass speed matches the rest of the frequencies perfectly above 30 Hz. This is the kind of speaker an audiophile lives for. Bring on the EAN Stellar Sound Award!"

"If ever there was a model to break down the negative stereotypes of electrostatic loudspeakers, it must be the MartinLogan Montis. With a small footprint, and taking up only a modest amount of visual space in the room, the Montis can be driven effectively by solid-state or tubed amplifier... has very good bass extension (courtesy of its hybrid design), can be played quite loudly, and doesn't require you to listen with your head locked in a virtual vise. In the right system and with the right recordings, a pair of Montises can aurally transport you to the concert hall, or the musicians to your room. "

"The Montis is one of a tiny handful of the finest speakers I’ve ever been privileged to review and one of the finest I’ve ever heard regardless of design, type, complexity, or price… the Montis is capable of doing some things I’ve never heard bettered by any speaker regardless of size, price, or design. One thing that makes it very special, however, is how dramatically lifelike it can sound because of the way it’s prioritized its sonic and musical goals in just the right order and proportions, while minimizing or eliminating inevitable compromises and trade-offs… if I had room enough for another set up, the Montis would be on the shortest of short lists."

"The beauty of the MartinLopgan Montis is the absence of vice. Contrary to what some ageing punk rockers might believe, that doesn’t make it boring – the true and upstanding performance, unsullied by deviant behaviour of its mechanical bits, means you simply get closer to the music. No bad thing, surely? If you’re looking for a ‘character speaker’ then this isn’t it. If you want a big box to make everything sound loud and proud, larger than life and better than the original recording, then move on. Instead, the Montis gives an altogether more rarefied pleasure, the satisfaction of having something that takes you right into the recording, in all its beauty."

"The MartinLogan Montis Hybrid Electrostatic Loudspeakers can rightfully be expected to perform exceptionally as stereo music listening speakers, and they do. Mated with the StageX center channel speaker, they can form the heart of a smashing fine home theater system. I can report without reservation that these speakers are excellent choices for either type of duty… The user who wishes for a quick setup will get very good results. And the user seeking audio perfection will find few loudspeaker “tools” to work with like the Montis at anywhere near the price range that are more likely to please."

"A new Vojkto-designed 24-bit DSP crossover enables a far better match between woofer and panel than ever before...The bass playing here is subtle, seldom taking center stage. Yet the additional texture supplied by the Montis keeps the bass in the center of the pocket, right where it belongs, allowing the listener to forget about it and providing a better foundation for the music...the increased clarity in the lower register permits more midrange detail to shine through." 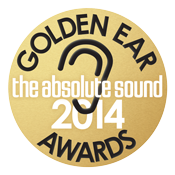 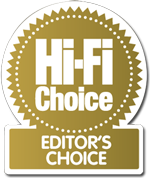 I was a kid when I got into speakers and subscribed to magazines like Stereo Review. There I saw the amazing Martin Logans and had always been intrigued by them and their very different design. At the time I had no where to listen to them so the only thing I could do is read reviews and gawk at the pictures. Years later Magnolia came into town and along with the amazing Martin Logans. First time ever I listened to a pair of Vistas. I was blown away and knew I had to have a pair. Years later I visited a Magnolia Design Center where they had the upper end Martin Logans. Right up front a pair of Montis powered by McInstosh! As Darth Vader would say "Most Impressive" they sounded absolutely amazing even being out in the middle of a showroom. Deep bass, clear highs, depth, and detail basically the best speakers I had ever heard. I ended up getting a pair for myself and have not looked back since. They sit at the front of the room and never fail to wow anyone that comes to the house. When friends and family first come over the questions start pouring usually starting with "What is that?" " The sound is coming of of that?" I use them for home theater along with a Stage X, ESls, and a pair of Balanced Force 210 subs. The spacial detail and openness of the system makes movies come to life. I literally had to watch my movie collection over again with system.

AMAZING!!!
I have a 200 watt McIntosh intergrated amp receiver. I bought the Theos speakers and was blown away. Saved up some money, traded in the Theos and bought the Montis. Absolutely amazing. As good as the Theos were, and they were fantastic, Montis is light years ahead!!! Just absolutely beautiful! Thank you MartinaLogan!

Unbelievable
I am new to the Martin Logan family, but can now say that I have become a life long friend and supporter. I do not consider myself an audiophile, but do enjoy listening to music played on a well coordinated, modular system. The combination of Montis towers and the Motif center have brought my system to life. I feel I am in a concert hall and the performers are just a few feet from me. I am hearing instruments that I have never heard before. Thank you so much for producing and developing a wonderful product. Sincerely, B

Montis really sings
I auditioned both the the Ethos and the Montis. I thought the Montis was a bit better all around. I currently own a set of Vantages. I used jazz, opera, classical quartets. Montis was much better in mid bass (Passos and Carter sacd) but both were very nice for female vocals. I think the larger panel size has some positive effects on general ambience. Both were much better than the Vantage which I have now. The Ethos was very good for vocals and chamber music. A good sub and the Ethos should work fine. A good fast sub woofer is expensive. So the Montis is cost effective if you do not want to buy a sub. With a good sub, low bass will probably not be an issue and the Ethos would be fine for most applications. However integration of subs with electrostats is not straight forward. After considerable thought and testing I purchased the Montis for my 7.2 system and am now breaking them in. We do both movies and lots of eclectic stereo on our home. I found much tighter bass and the xover region were much better integrated in the Montis compared to the Vantage. One of my test songs is Danny Boy from the stereophile disk. I listen for the soloist as he steps and sings in the male chorus. The best magnaplanars get this right. The Vantage did not. The Montis sounds great with this piece. In summary the mid bass is better in both the Ethos and the Montis than the Vantage. The Ethos seemed a bit “boxy” to me at the very low end. I think one of the weak points in the Martin Logan speakers has been the integration between the panels and the woofer. Both the Ethos and the Montis are much much better in this area. However there are some problems at the low end for the Ethos (box sound and an occasional thump). I did not hear any problems with the Montis with any of the music I played Of course the larger panel and 10" woofer make the Montis a very clear winner Living with the Montis now, I would say it has an impressive dynamic range. This is with listening to classical guitar; the attacks seem faster and louder than with my Vantage. The same was also true for piano. My Bryston 4 sst' s damping factor may have helped the Montis show off these characteristics After some breaking I can tell you that the Montis really has made a difference in our home. My wife who is not a hi fi nut in any way now comes in to listen. She just thanked me for showing her what good music sounds like (last little willies album)